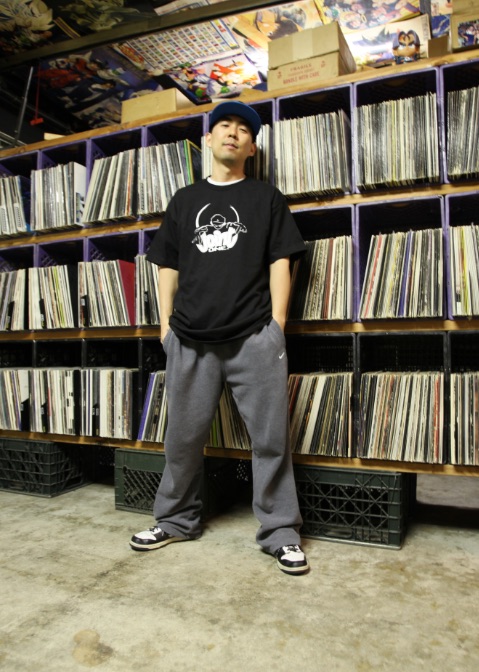 I’m not a victim and I certainly hope you don’t think so after reading this. Meeting DJ Joey Slick was hope for the future.

Being a foreigner in Japan is a challenge. Being a foreigner in Japan with atrocious Japanese speaking abilities is an uphill battle to say the least. I spent years studying the language so it wasn’t because I was lazy. Having difficulty retaining the information to be able to speak it relatively fluently still remains a mystery to me. And having spent 3 months in Japanese Language School, waking up early & diligently for months and feeling no progress was frustrating to say the least. At some point last year I gave up. Truth is I will likely get back to it and take another crack at it and once again try to learn the language. Until then I’ve decided that getting out and meeting other English speakers in Japan is better than pouting about sucking at Japanese.

Before writing on I’d like to take a moment to thank my thoughtful and kind friend “Uchi-san’ for introducing me to DJ Joey Slick.  Sometime last week I started YEN (Yokohama Expat Network Facebook Page) to be able to connect with other foreigners that decided to make Japan their home.  Membership grew to 100 in the 1st day and by the end of the first week that number reached 158.  It’s not a massive number and I can’t take credit for the page but I will thank TEN (Tokyo Expat Network) for allowing me to essentially copy their page word for word except of course changing the focus to expat’s living in Yokohama. Uchi-san used to live in Yokohama so I reached out to him a few days ago to ask him to let other English speakers in Yokohama to know about YEN. His response was I should meet his good friend Joey Slick.

Joey Slick moved to Japan about 18 years ago.  After meeting him and hearing his story I was very interested to learn as much as I could about this charismatic human being.  Perhaps I’ll do an interview with his permission to tell you more.  Maybe this will give other people living in countries or communities where you are the 1% a little bit of much needed hope. Hope and positive thoughts to not give up, hone your craft and persevere despite what may seem impossible.

I had never been on a radio show in Japan before so I had no idea what to expect. Furthermore, I didn’t have an agenda or campaign to push so I just went along for the ride. Before I knew it I was sitting in the same chair that famous musicians had sat in countless times before me. My initial feeling, I’m not worthy but I might as well have fun with it. Joey Slick was cool with this.  We got along great.

It’s not the first time I’ve graciously accepted invites to situations where I felt, ‘why am I here?’ It’s always proven to be interesting so usually I just go along and improvise based on the vibe in the air.  Like the famous comedian Chris Rock said, “Comfort is Death”.  What I get from this quote is getting outside of your comfort zone is the best.  It may not seem like it at the time but trust me, just do it.  Who cares if you screw up.  Screw ups are really just learning experiences. Seems it worked out and besides which, I learned a lot of new things. Turns out I’m going back tonight to be on the show again. In life we don’t always need explanations as to why nice people do what they do. I’m a little curious what I bring to the equation but since Joey Slick personally invited me, I’ll be there.

Thanks Again Joey Slick for having me.  See you tonight!