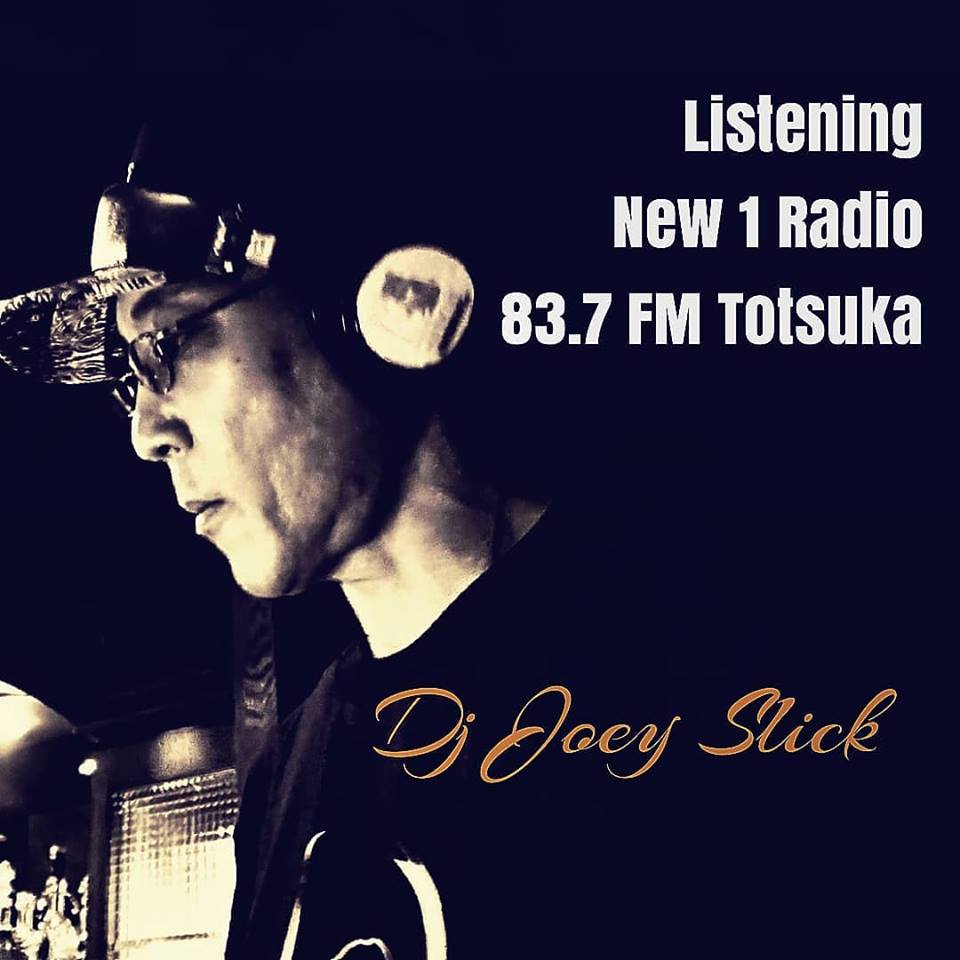 DJ Joey Slick possesses an aura of centered confidence and experience driven wisdom culminating into a personality void of ostentatiousness, but filled with liveliness and boundless creativity.  He has a productive mentality hampered only by the limits of physical endurance and he endlessly strives to click to the next volume of excellence.  He has an extensive resume of accomplishments reigning in his skills at Los Angeles’ Power 106 (KPWR 105.9) with the world renowned Baka Boyz on Friday Night Flavaz.  His tenure there attracted the attentions of such notable recordists as the Black Eyed Peas, Bon Jovi, Rihanna, Jay Z, DJ Jazzy Jeff, Eminem, Earth, Wind & Fire and more to have visited his studio.

DJ Joey Slick`s reputation made airwaves and lighted a path to land of the rising sun, Japan.  Talent and dedication quickly made headlines as his flair for blending music resonated with an unlikely audience, gained momentum and catapaulted Joint One Radio onto the radio scene via InterFM 89.7 – within a few lightning years, his program reached #1 radio status in Tokyo on his 1000th episode.  Quickly imagine….an English based radio show giving life to the immense artistry of American Hip Hop, soul, funk based melodies and lyrics hitting a strong chord among Japanese listeners.

After more than a decade holding reign at the helm of InterFM programming, DJ Joey Slick aimed his musical ear at other outlets of music and entertainment.  Not shying away from a challenge, he welcomed a role at the fledgling Rakuten FM radio station with the pure ideal of adding an element of content that would garner the attentions of a new audience.  His notoriety for inventiveness and depth of genres garnered a devoted following which was amplified by his near disciple like followers from his earliest days on the radio.

Unable to slow down his spirited work ethic, DJ Joey Slick moved on to undertake another emboldened trek to amplify the programming at FMTotsuka 83.7 – based out of Totsuka, Yokahama, Japan.  Headlining a daily program from 8-9 PM, Monday-Friday, he heralded his range of audio magic into a format that drives audiences to tune in and stay.

An avid supporter and promoter of independent artists and musicians, DJ Joey Slick has geared his pre-eminent website, J1Japan.com, to provide a virtual stage to all the talent coming out of the global woodwork.  For independents, DJs, promoters, the new site offers a highly engaging environment for recognition, promotion and delivery of the most amazing music out there.  So tune in and stay awhile.

Keep it locked on Joint One